The current Dutch “BISON” standard for the exchange of Public Transport information was developed using Transmodel concepts. Later additions have already been derived from the (related) NeTEx and IFOPT standards. BISON intends to migrate to the (Transmodel based) NeTEx and SIRI standards  in the near future. 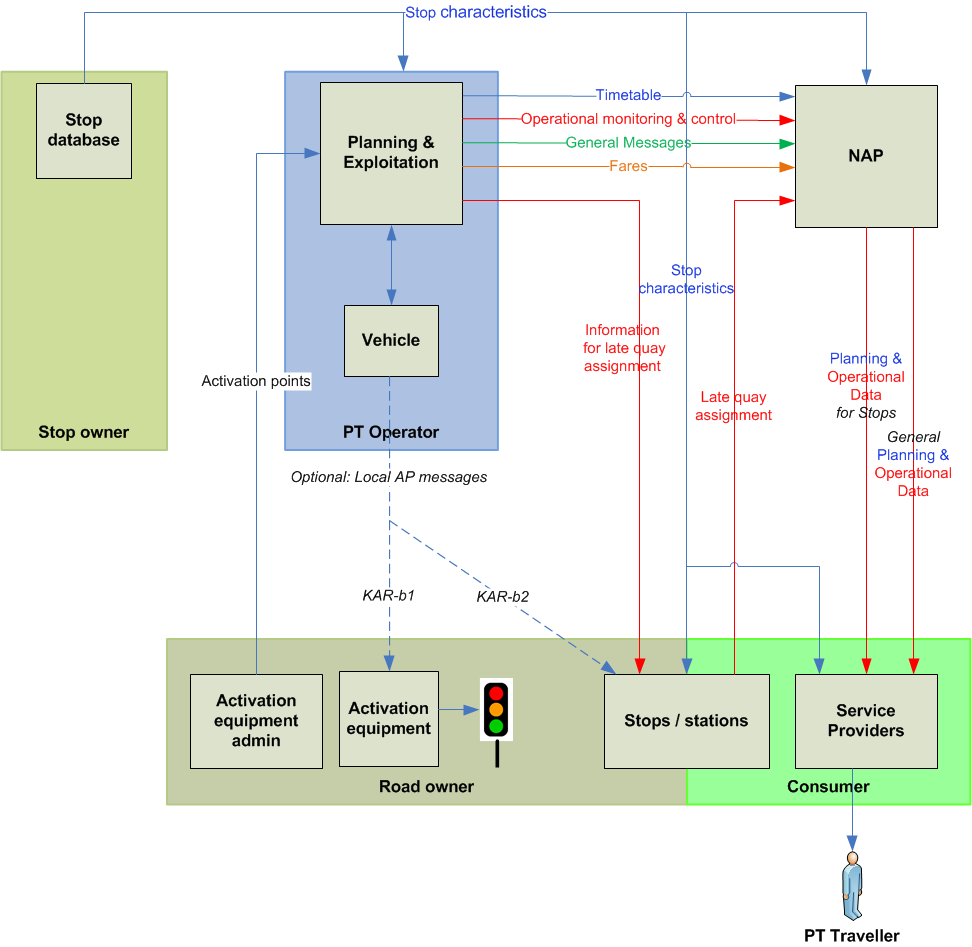 The BISON standard defines roles and interfaces for long term planning data (including basic fares) as well as real time information. The main focus is on informing travellers. There are three National Access Points, that integrate and publish the data provided by the different Operators, and a National Stop Database.

The defined interfaces are:

The BISON standard is obligatory for all public transport (except trains) in The Netherlands.

The figure below indicates in blue the parts of Transmodel covered by the Dutch BISON standards. These areas will migrate to NeTEx or SIRI in the next few years. Currently Dutch Profiles for both NeTEx and SIRI are being developed. 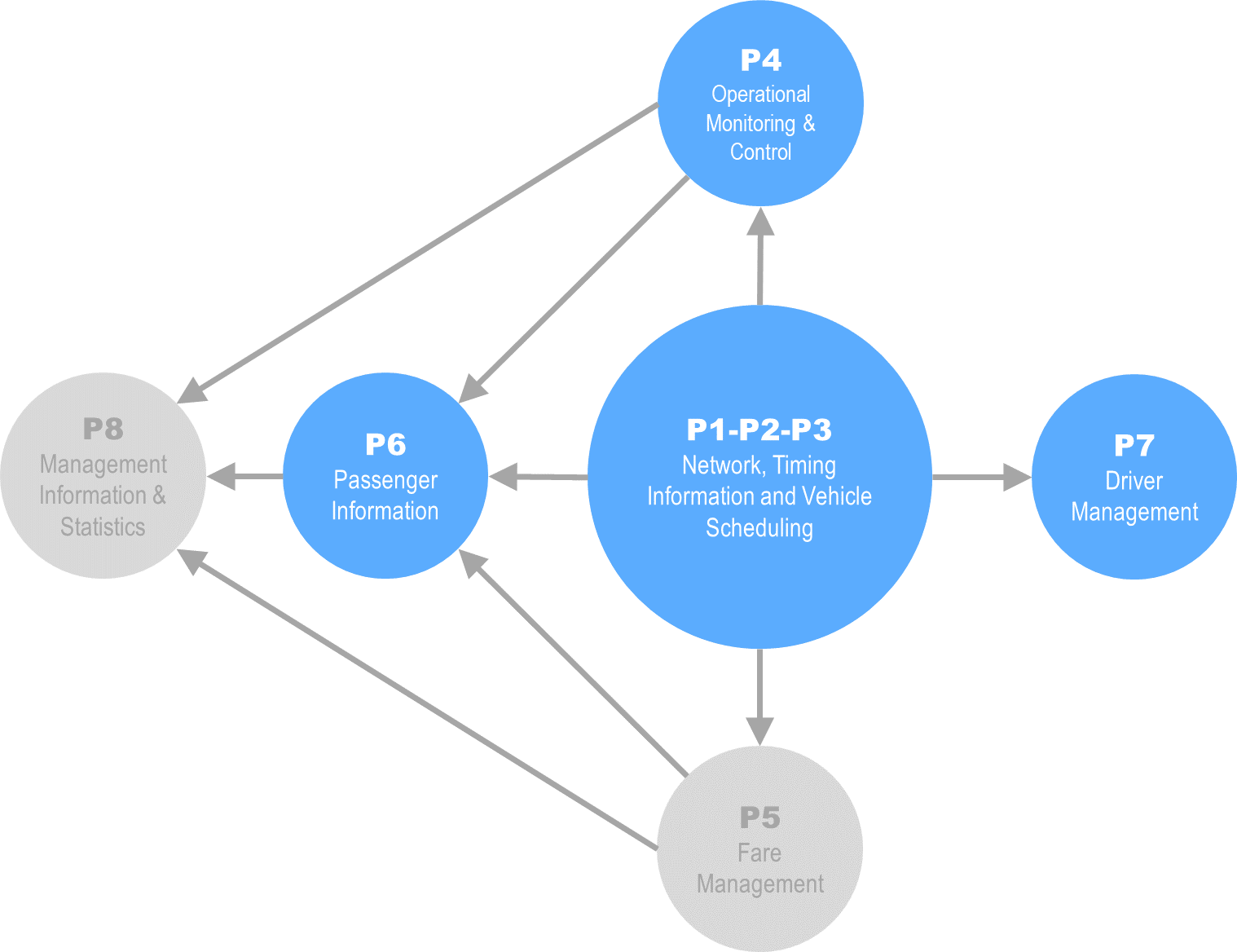 BISON is a platform where PT operators, PT authorities, NAPs, private companies and travellers cooperate to develop and maintain the Dutch PT standards. It is partially funded by the government.
http://bison.connekt.nl

Arriva has an internal database based on Transmodel.

GVB has developed a passenger information database based on SIRI.

Connexxion, HTM and Arriva are able to export a NeTEx timetable. The latter two export NeTEx directly from their scheduling solution by means of an open source ‘Hastus to NeTEx’ converter (developed by bij OpenGeo). It is expected that other operators will follow given that the use of Hastus is widespread in the Dutch PT market. The export from GIRO Hastus is built around a modular OIG and supports the Dutch NeTEx Profile with normalised timetables (run time patterns / time demand types) and denormalised calendars (schedule unit dates / availability condition valid day bits). Given the architecture of the script, it is easy to support other profiles or other versions of Hastus, merely by creating the required object and including the file in a top level script. The script is tested on a variety of different installations ranging from Hastus 2014 up to 2017. With minor modifications it was easy to adapt for different ways of operation.
https://github.com/skinkie/hastus

Keolis, RET and HTM produce real time SIRI data and convert this to the BISON standard.

OpenGeo collects data from all operators and provides it as ‘open’ data, including facilities to convert between various international standards. One of the key products exported are the GTFS and GTFS-RT publications, in use by all major travel information services. The conversion is facilitated by Bliksem Integration and Bliksem Integration Real Time, open source ETL tooling for public transport. The suite is built around a NeTEx/Transmodel relational database, supporting versioning per line per day.  https://github.com/bliksemlabs/bliksemintegration

The National Stop Database (CHB) describes the approx. 46.700 Stop Points in The Netherlands.       The database itself and exports of the data are based on the NeTEx standard.