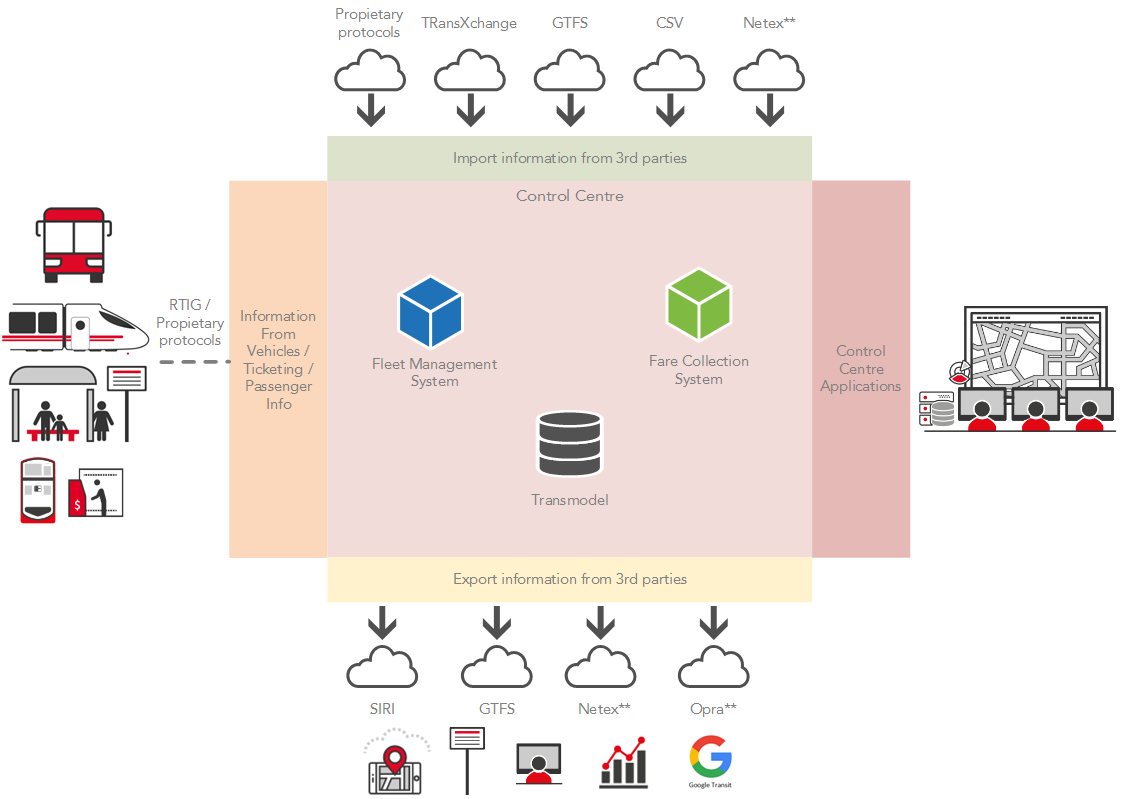 GMV is a leading firm in the design, development, implementation and rollout of Intelligent Transportation Systems (ITS) based on IoT, mobile communications and GNSS, guaranteeing compliance with sector standards such as TRANSMODEL, GTFS, SIRI, NeTEx and CAN bus. GMV offers all-in, turnkey, ready-to-go solutions, getting involved in the complete development of the project and incorporating its own in-house hardware and software. Our experience and continual innovative drive has brought GMV solutions to over 400 transport operators from 100 cities in countries like the United States, Spain, Malaysia, Poland, Morocco, Sweden and Mexico. In particular GMV provides Fleet Management Systems (CAD/AVL), Fare Collection Systems, Passenger information system (on board the vehicle, at the stations, websites, mobile APPs, etc.), Service Planning Optimization tool and resource planning Optimization tool.  These tools are provided both for bus and railway transportation.

The goal of GMV ITS Solutions is to increase ridership by improving the convenience, punctuality and reliability of the transportation services. Additionally passenger information engine generates accurate and real-time information and spreads it through the channels that passengers demand today. Return of Investment is achievable through the efficiencies and cost reduction that GMV ITS Solutions brings to Transport Providers’ operations team. Having the right information at the time when it is needed will help making the right decisions. GMV-ITS in figures:

Compliance with industry standards GMV is compliant with the relevant industry standards to share information across systems, either supplied by GMV or third parties. This feature allows for GMV ITS Solutions integration in multimodal environments and smart mobility initiatives. GMV’s systems are based on CEN Transmodel conceptual model and some of supported exchange formats are: GMV system allows to import information through TransXchange from transport operators or authorities (i.e. routes, variants, stop points) as well as from a third-party system. GMV system allow to export information through SIRI, for example to provide information to a third-party system (Web Site with information for transport users, Smartphone Applications, displays at stop points, etc). GMV’s Control Centre applications permit the connection to third party on-board units as long as they use the RTIG standard for that communication. GMV near future plans include the implementation of Netext and Opra. GMV decided to implement this exchange formats for several reasons: Architecture The figure below indicates high level integration architecture of GMV ITS systems with CEN and other standards covered. The system is composed by Fleet Management and Fare Collection subsystems working as a whole. There are several interfaces that implements different exchange protocols, and a set of web applications used in the control centre. 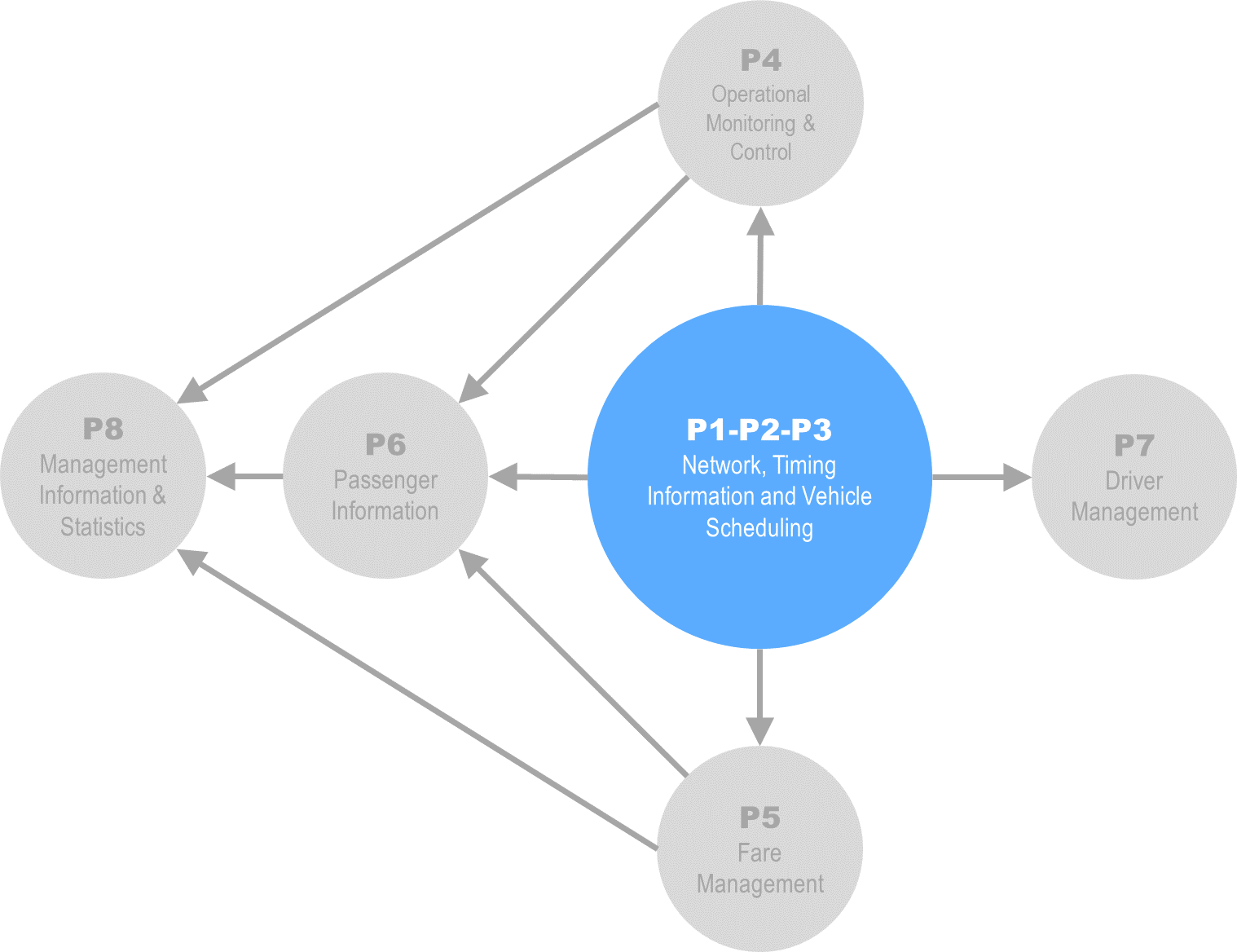 GMV system involves over 750 Public and private Transport Operators, nearly 34.000 vehicles, more than 1,240 on stop displays, 750,000 passengers per day knowing the ETA of the next vehicle, 1,700 millions of passengers per year. There are different implementations depending on the place: The main clients of GMV are: