There are five interfaces in NOPTIS.

One of the interfaces is NOPTIS DII which is a XML/XSD-based interface for transferring planned data prepared in advance from different planning, geographic information and similar systems into, for example, a central public transport database.

Another interface in NOPTIS is RII which is a XML/XSD-based interface for transferring information concerning CONTROL ACTIONs such as JOURNEY CREATIONs and JOURNEY CANCELLATIONs, etc., as well as disruption information.

NOPTIS is currently used in the majority of public transport in both Sweden. 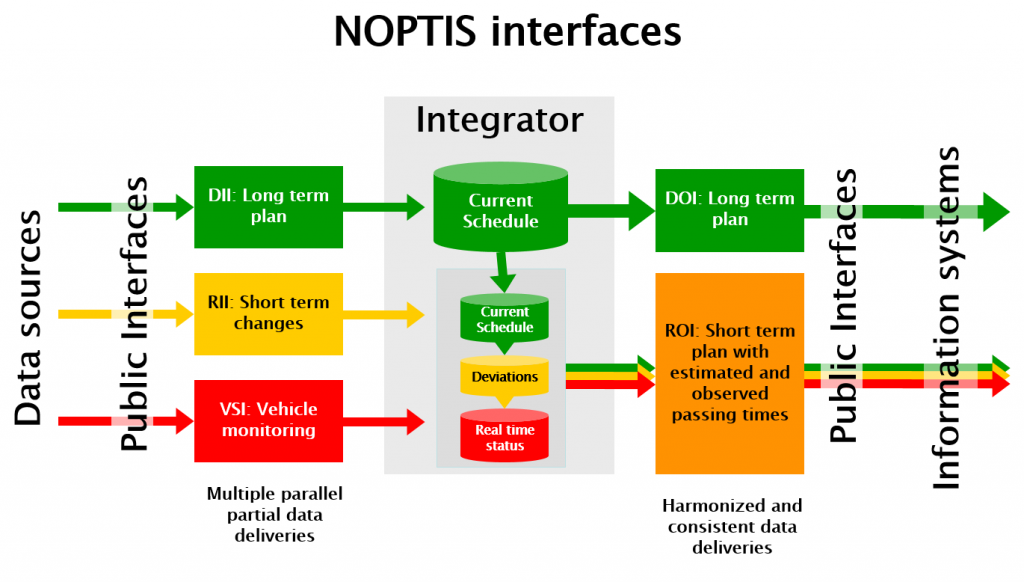