The harmonisation work has involved comparison and analysis of other standards with Transmodel over a period of time, with the resulting modifications being integrated into a number of different areas of Transmodel, including some enhancements to the core Common Concepts model (for example, adding an abstract ROLE MODEL, and an abstract SECURITY LIST MODEL).

The requirements for additional harmonisation have been especially intensive in two particular areas:

The harmonisation work to compare different standards demonstrates the value and power of Transmodel as conceptual tool for the analysis and comparison of different representations of PT data, even if they use different terminology.

Figure 1 shows Transmodel as the basis for a family of interoperable data standards. 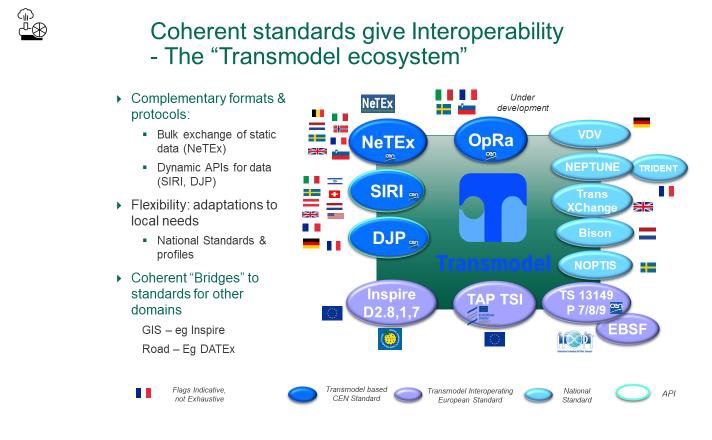